at the National Academy for the Performing Arts, Port of Spain, Trinidad, May 12, 2012

as part of the inaugural SteelfesTT 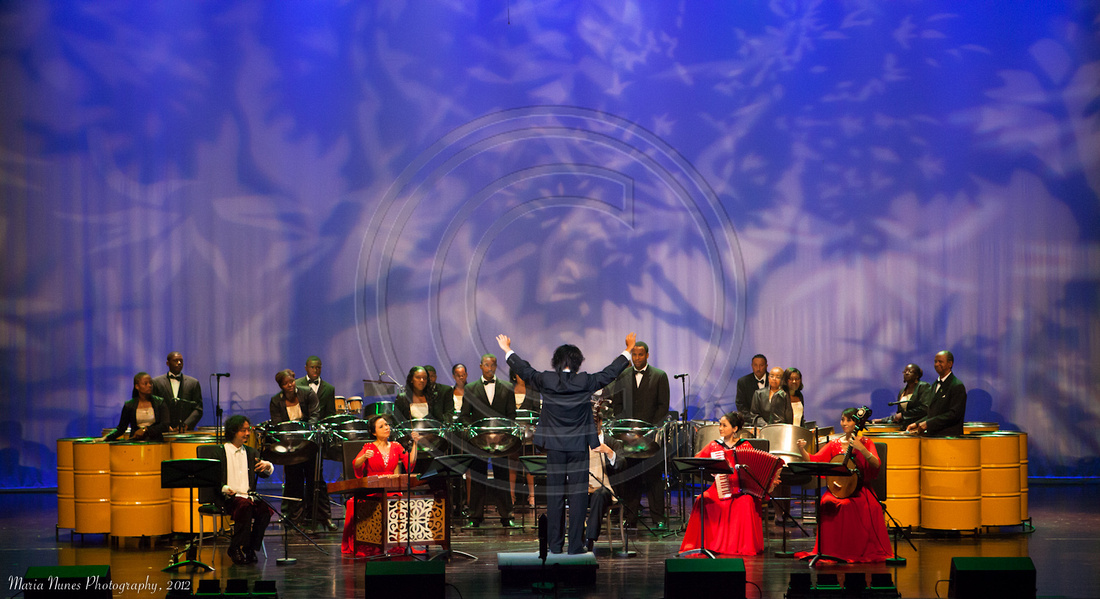 SteelFesTT - the Steelpan Festival of Trinidad and Tobago - is an annual, instrument-based festival dedicated to the national instrument which took place in May 2012 as part of the 50th anniversary celebrations of our national independence.

The Festival also commemorates more than 75 years of development of the instrument since the Alexander Ragtime band introduced convex-shaped sweet oil pans, dustbin covers and biscuit pans to festivities on the streets of Port of Spain 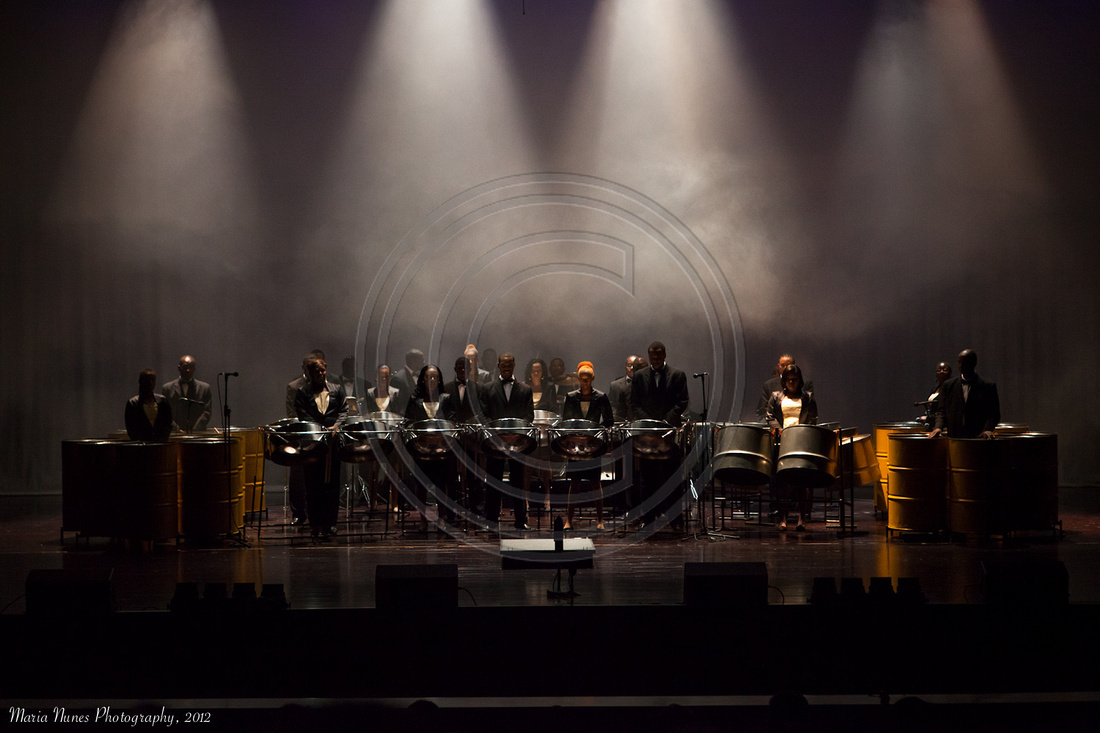 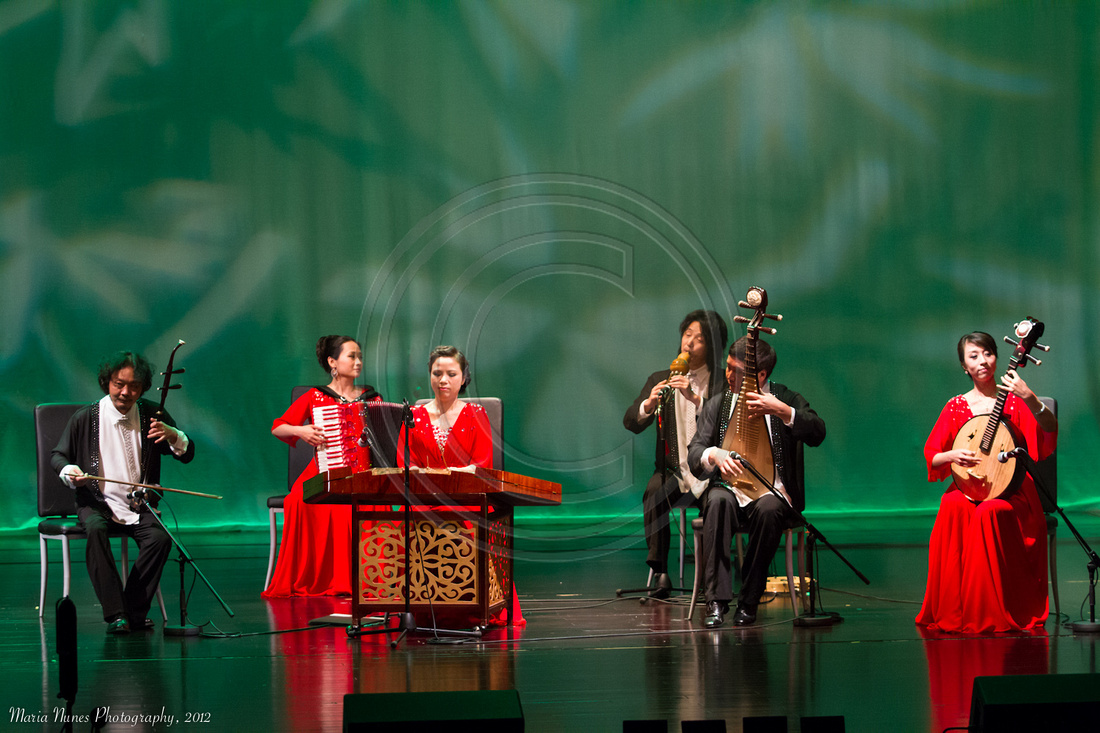 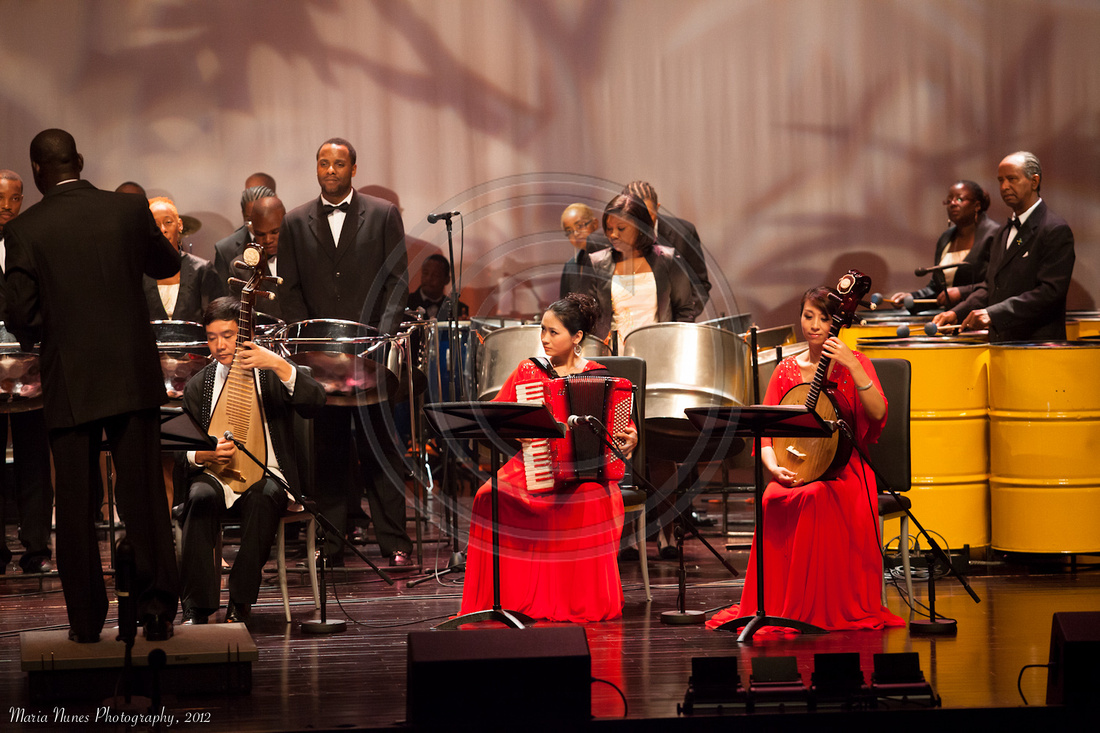 One of the pieces which the two groups played together was “Shades of Port-of-Spain” by Rudy Wells, 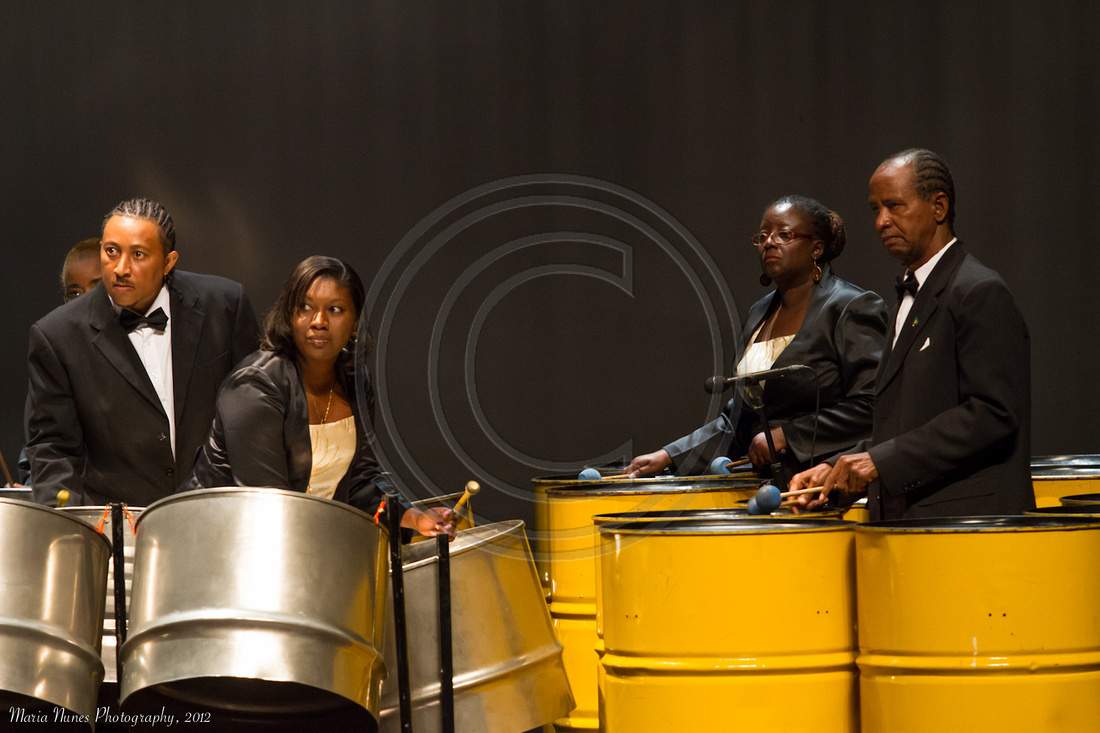 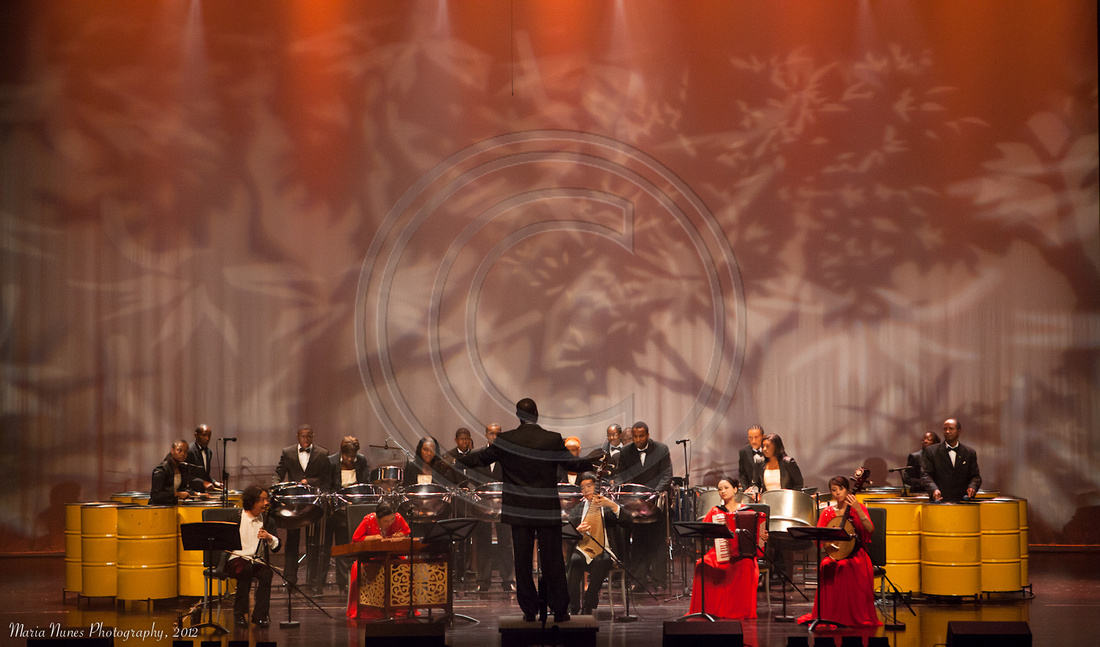 SteelfesTT's Concert Series highlighted the versatility of the steelpan and its contribution to music globally by presenting a fusion of the music of Trinidad and Tobago's leading steelbands with traditional and indigenous music from Brazil, India, China and Cuba, featuring top performers from those countries.

The theme of the concert series was "Steelpan - Uniting the Sounds of the World". 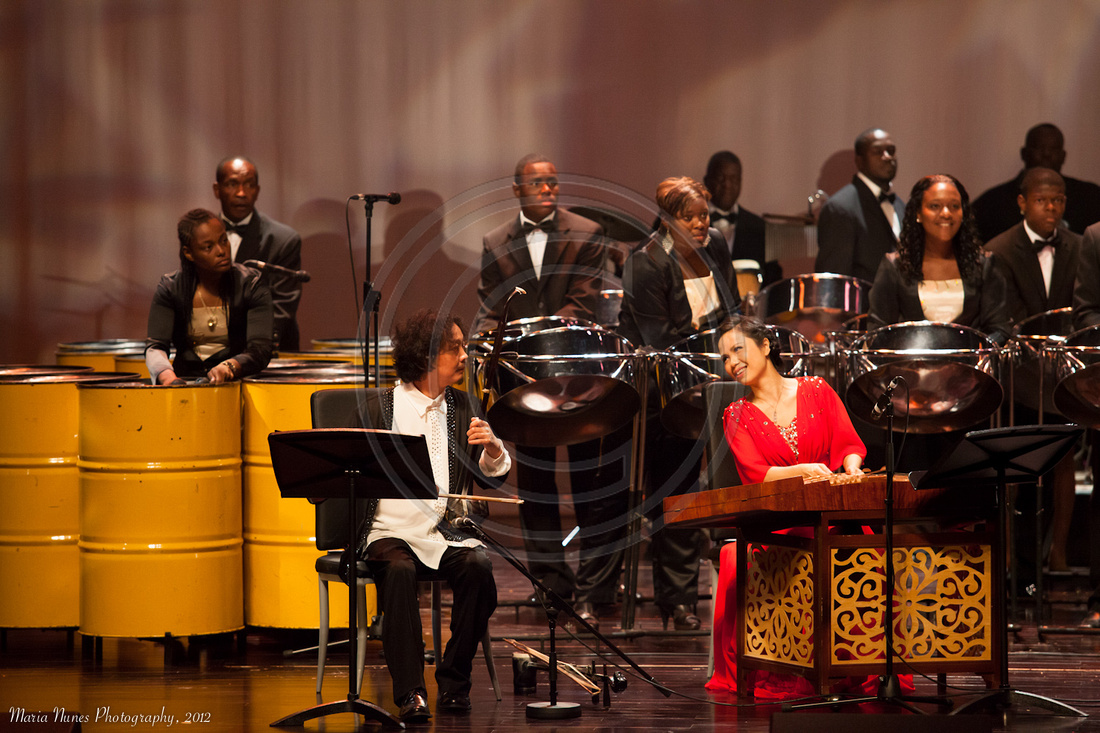 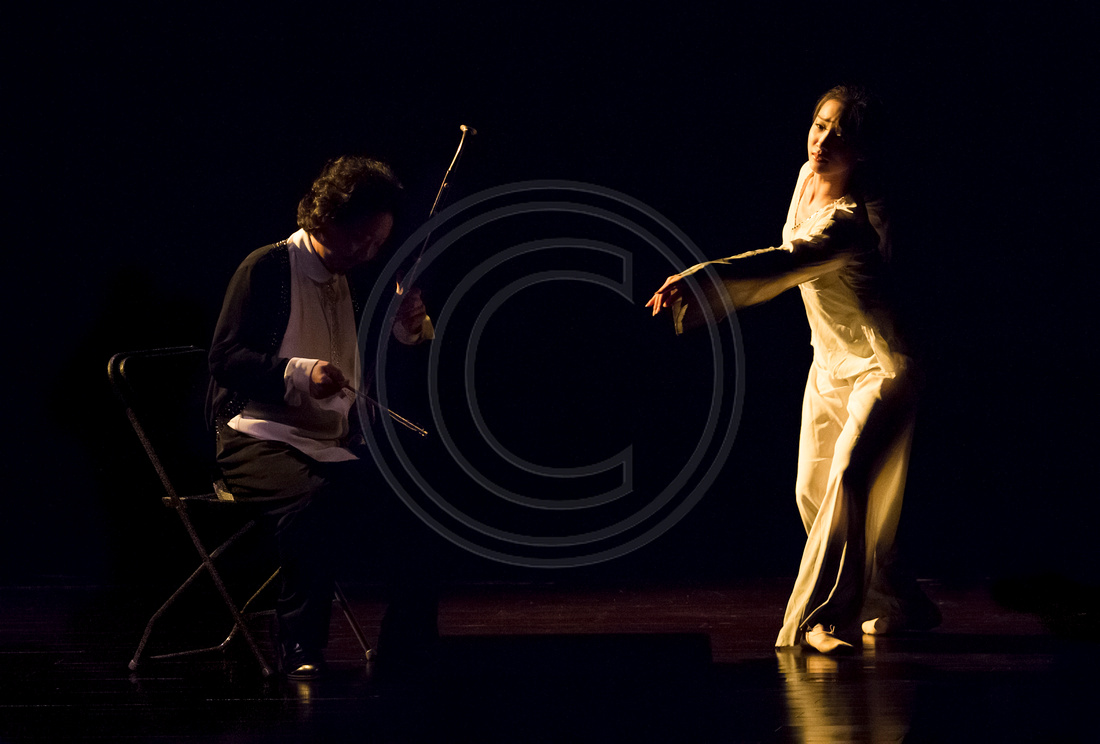 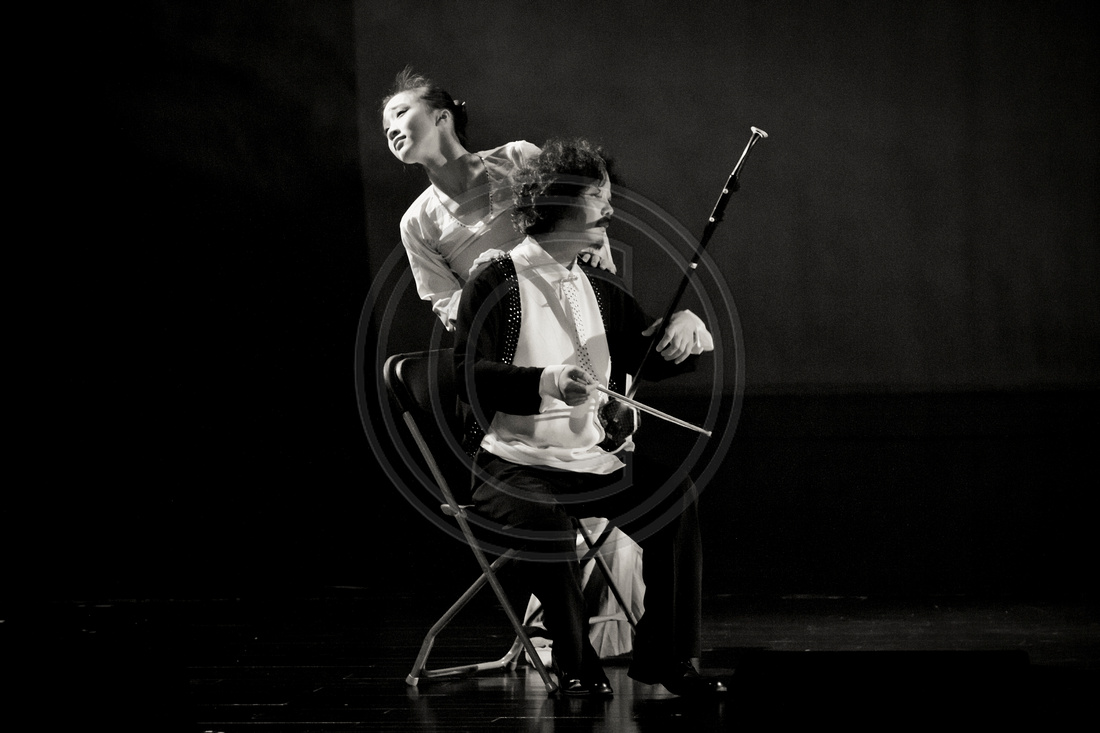 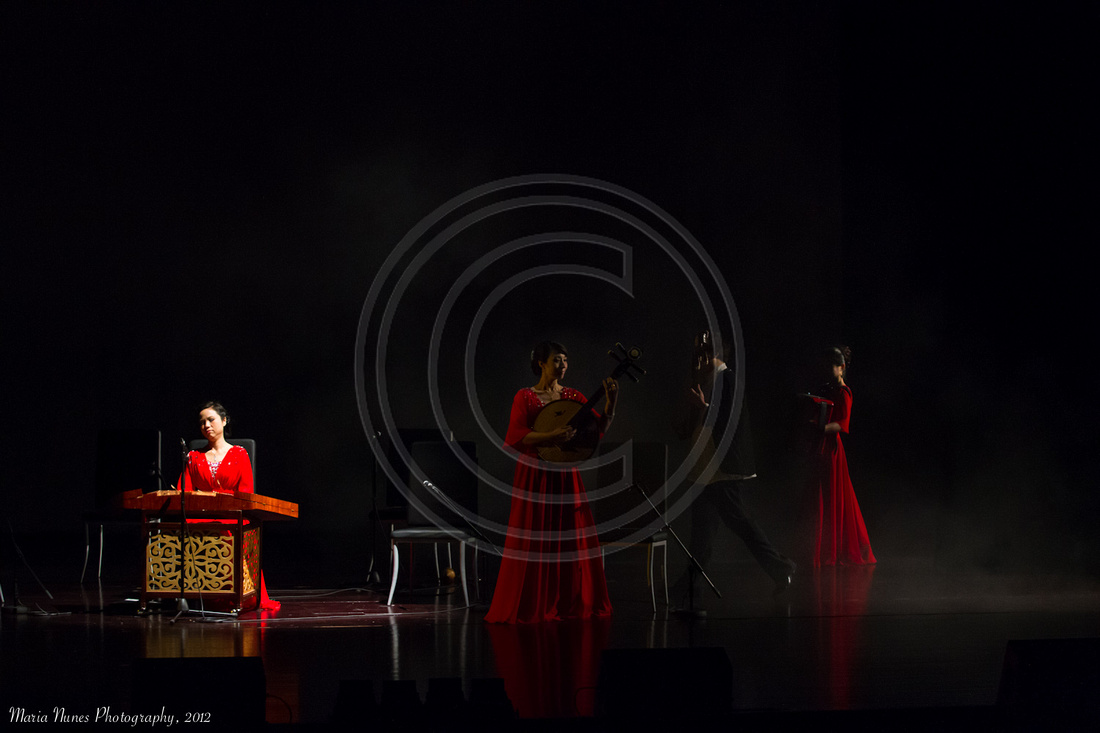 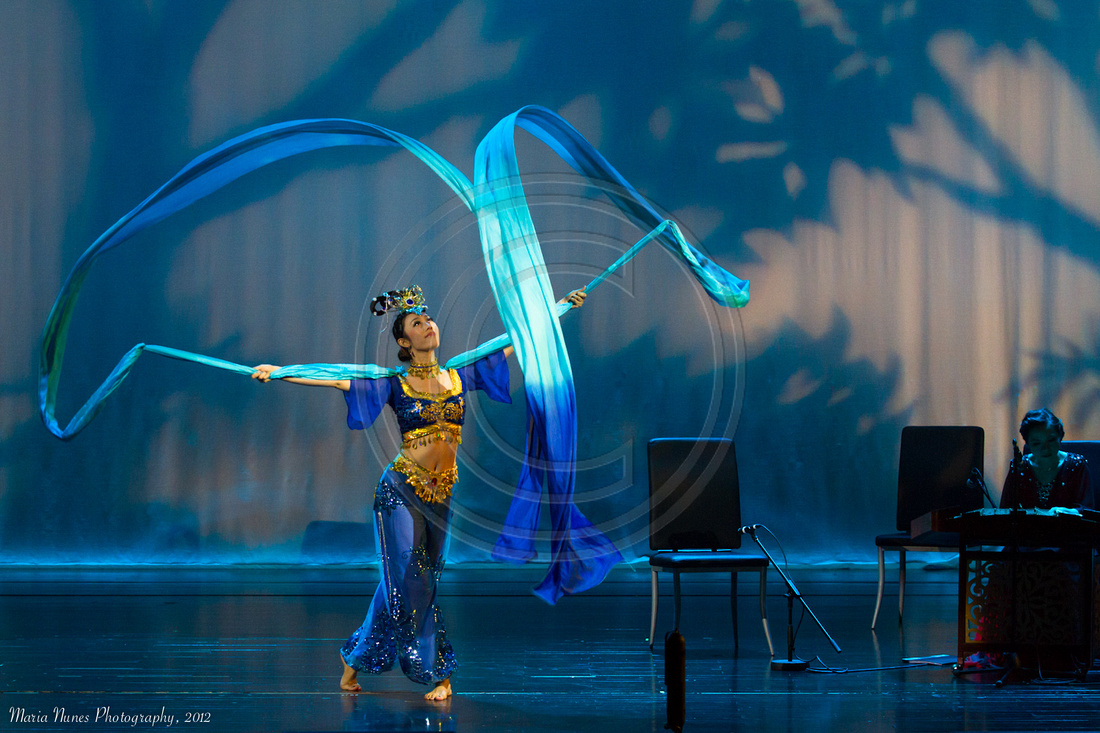 Eight traditional musical instruments were used during the performance 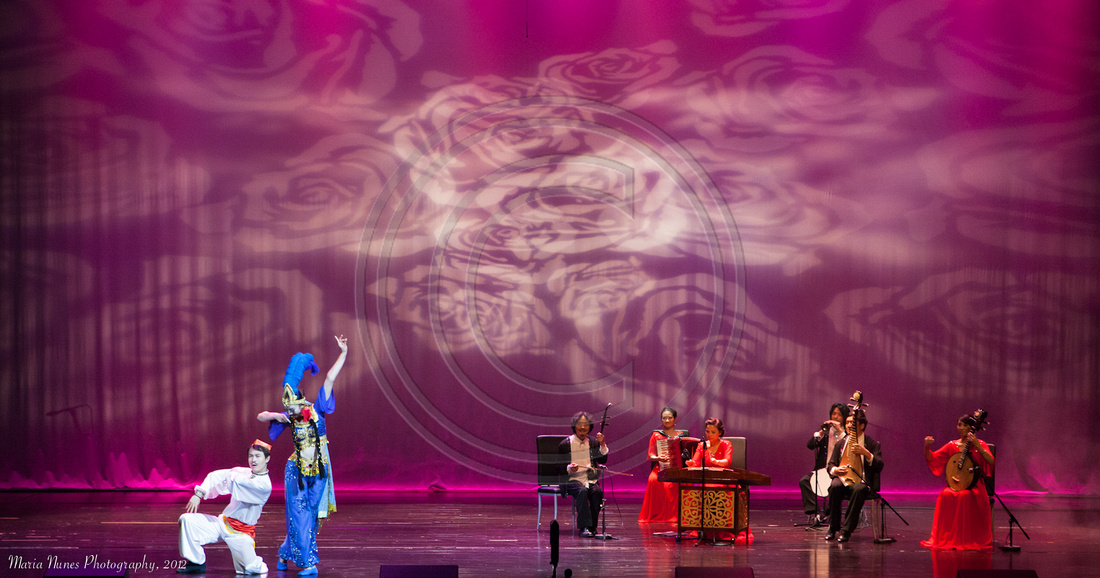 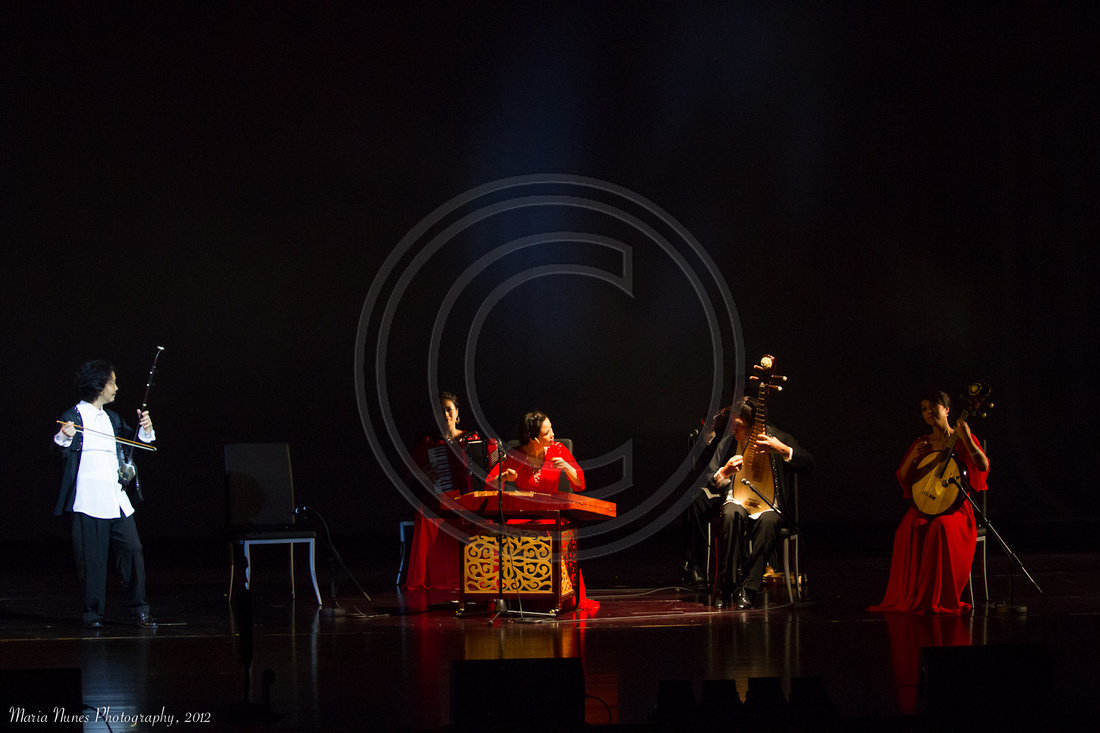 Since 2007, Shenzhen Aaihua Arts Troupe has conducted many international cultural exchange programs assigned by the Ministry of Culture of China and Shenzhen Municipality and has performed in many countries such as Greece, Germany, Hungary, Russia, Thailand, Cuba and Colombia. 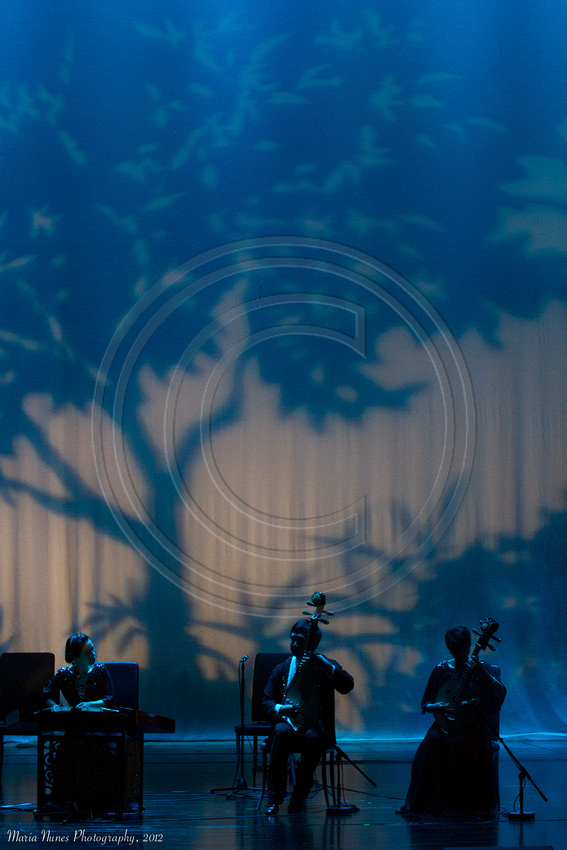 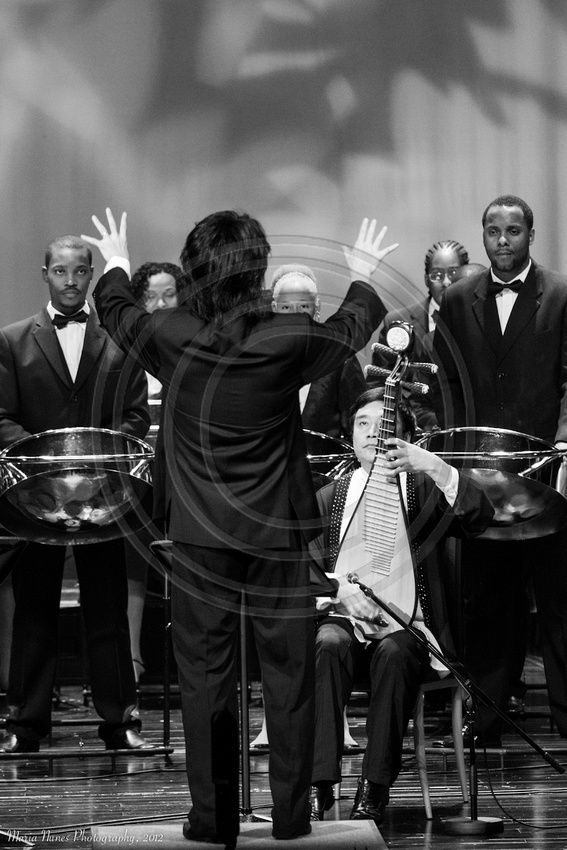 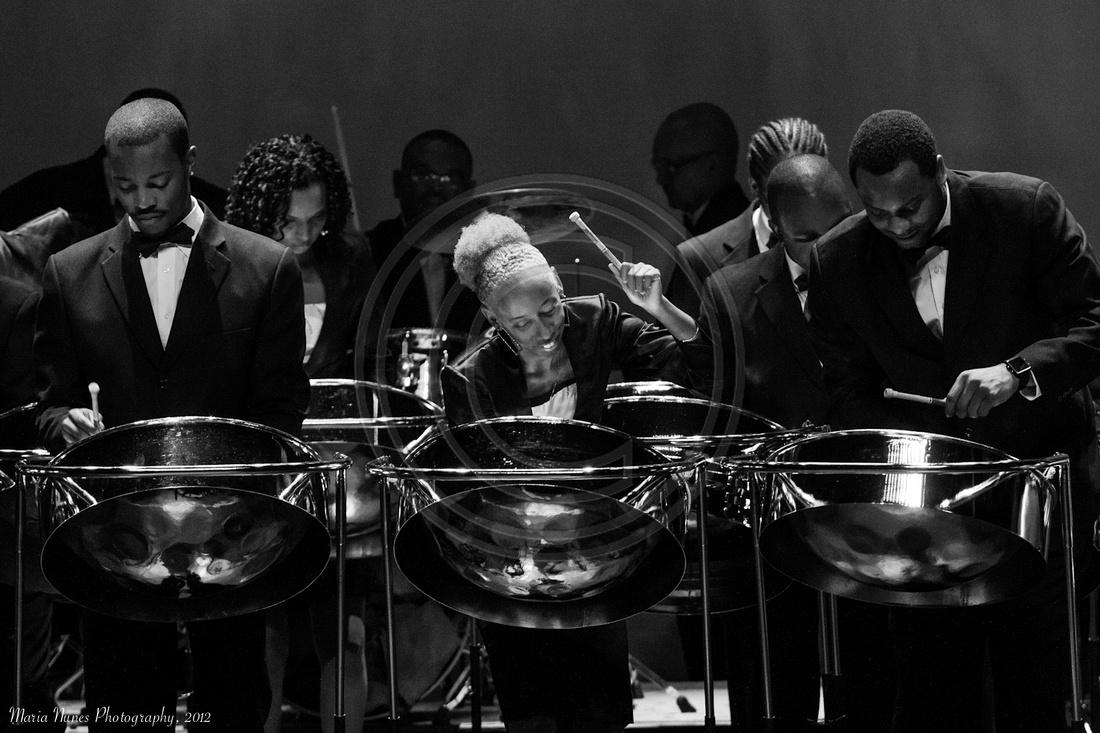 The rich and colourful history of the steelband movement in Trinidad and Tobago is interwoven with the Massy Trinidad All Stars. Developed between the First & Second World Wars, the steelband was born of an innate and explosive creativity.

The band’s roots go deep and its turbulent early beginnings and explosive creativity is the hallmark of steelband music today.

“Hell Yard Boys” was the name they gave themselves back in 1935. Hell Yard was a poor area on the banks of the East Dry River in Port of Spain. The movement away from “tamboo-bamboo” to pan had only just begun. This name changed several times – to “Second Fiddle”, then to “Cross of Lorraine”, and finally “All Stars”, chosen because of the perceived superior ability of the players. Soon after the war, “Trinidad” was added.

In 1982 the contributions of Trinidad All Stars to the steelband movement were recognised by the Government of Trinidad & Tobago with the presentation of a national award – the Humming Bird Medal (Gold). Four years later, the band was again honoured with an award from the Port of Spain City Council. 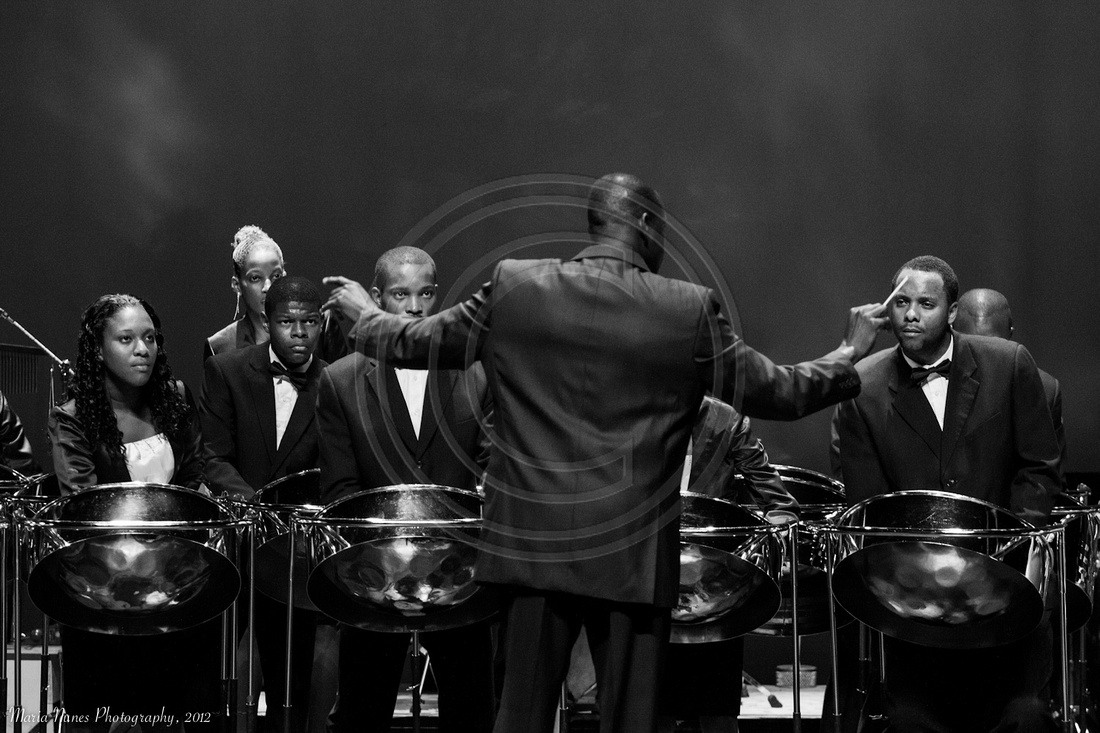 One of the many achievements of the band was its pioneering of classical music on the road, played to the rhythm of calypso. This highlighted the capacity of the steelpan to go beyond the previously self-imposed musical bounds of calypso or boleros. Trinidad All Stars was the first band to play the pan with two sticks. For the first time, both the melody and the harmony could be heard played together. The band made the first “Quatro Pans” later called the grundig and the guitar pans. A former captain of Trinidad All Stars, Neville Jules, also had the privilege of making the first bass pan.
Our accomplished musicians have maintained a standard of excellence through their innovative mastery of the instruments. They have secured first place victories in the biennial Music Festival on six occasions, have won the National Panorama eight times, the Bomb Competition on countless occasions and successfully held ten Classical Jewels concerts. 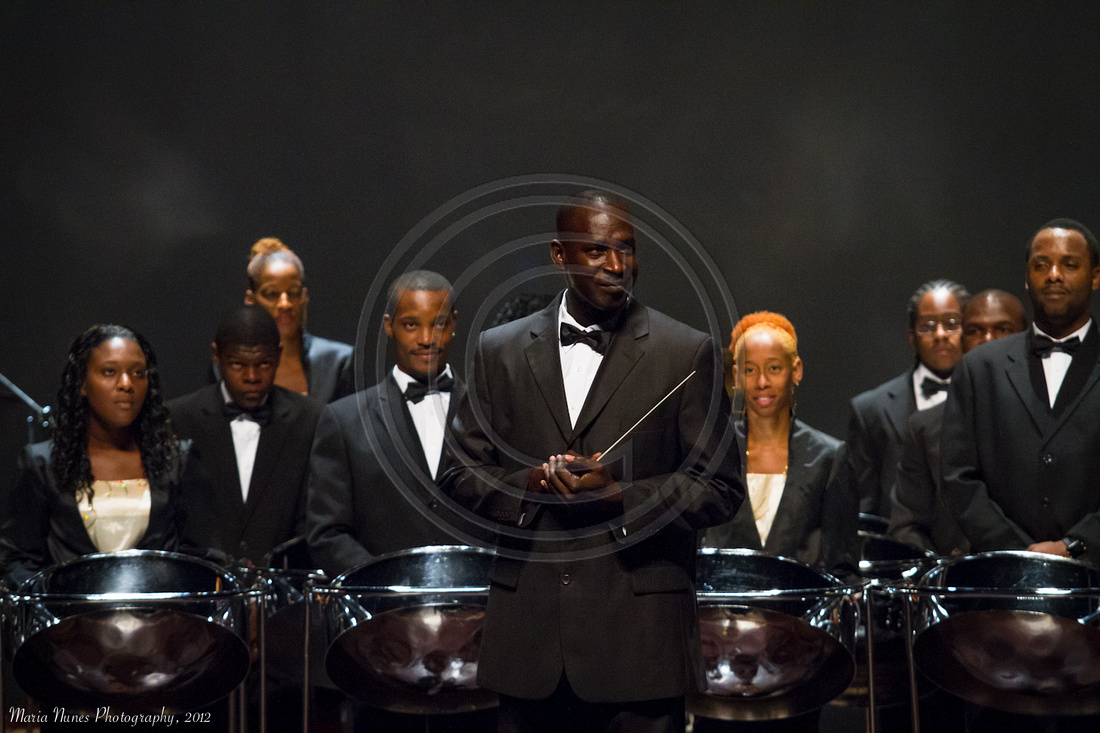